Weight Loss Solution – Shed The People Holding You Back

My friend David wanted to lose weight.  He weighed about 280 pounds, and told me he felt miserable.  He had constant heartburn, couldn’t sleep at night, and was having trouble breathing. 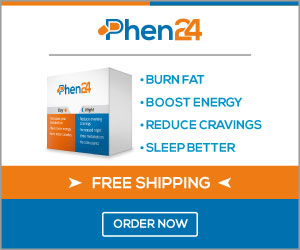 David lived with his wife and her parents, all of whom were very overweight.  When he told them of his goal to lose 100 pounds, they laughed at him.  They told him all the reasons why he couldn’t do it.  He was big-boned, lazy, and his parents were overweight.

After he began working out and eating more sensibly, they told him he was wasting his time.  They would (according to David) intentionally prepare huge meals to try and tempt him.  Still, he held fast.

You see, David had seen his father endure 3 open heart surgeries, and wanted none of it.  His mother seldom left the house.  Both were type 2 diabetics.

Problems began when David showed some real progress.  Tensions developed between him and his wife.  She complained he was never home, that he was spending all of his time in the gym or walking.  David let none of it get to him.

Today, I’m happy to report that David managed to lose 110 pounds, weighing in at a svelte 170.  He’s also divorced and living with his new girlfriend.

Unfortunately, David’s situation isn’t unique.  When you make up your mind to change, especially when it comes to losing weight, others will try and hold you down.  Now, keep in mind, this doesn’t mean they’re bad people.  It’s just that they feel threatened.  Let me explain.

If those around you are overweight, they need you to stay that way to give them validation.  If you move forward and they do not, often they will feel jealousy and contempt for you.  You’re robbing them of their comfort zone.

After all, if you can lose weight, they can too.  You’re taking away their excuses for staying fat.

Lots of times, they’ll say stuff like, “Only rabbits can live on that stuff.  Let’s order a pizza.”  In David’s case, it became too much.  His wife felt so threatened, she left him.

How do you combat this?  Find friends and a social network that supports what you’re trying to do.  If you don’t know anybody locally, get online.  The internet is full of weight loss forums and groups that are there to support one another.  Most of them are free.

Life is too short to spend with the naysayers.  Those people who thrive on misery and negativity can pull you down with them if you’re not careful.  You have the power to call your own shots, however.  You don’t have to stay overweight just because everybody around you  is that way.

In fact, maybe the first weight you lose should be your toxic friends.

This site uses Akismet to reduce spam. Learn how your comment data is processed.